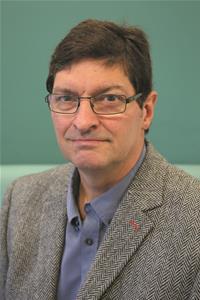 Kevin has been a member of the Labour Party for 37 years. He first served as a Coventry City Councillor representing Whoberley Ward for 16 years until May 2003. During that time he served in a senior capacity in areas related to Education, Economic Development and Planning and was in Coventry City Council’s first Cabinet, where he was responsible for Social Services. He was then elected to Coventry City Council in 2006, representing Henley Ward. In 2010 he became Chair of the Planning Committee. In 2014 he was the Cabinet Member for Business and Employment, which included responsibility for Strategic Planning, Economic Development, Regeneration and Property. Since 2016 he has been the Cabinet Member for Education and Skills.

Having worked for local government and consultancy organisations for many years, he ran his own consultancy operation from the end of 2001 until 2007. These jobs have utilised his 37 years experience of planning, economic development and regeneration policy development and analysis. In July 2007 he started working with Social Enterprise West Midlands, an organisation supporting and promoting a strong, visible, growing and sustainable social enterprise sector across the Region. He is a graduate of Lanchester Polytechnic’s (now Coventry University) School of Urban and Regional Planning.

Public appointments: Kevin is a Governor of West Coventry Academy and he is also a Board member of the Moat House Community Trust.