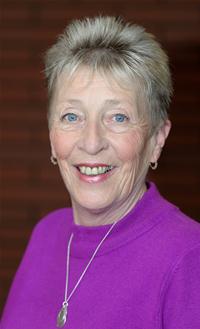 Ann Lucas was born in Coventry in July 1949 and has lived here all her life. She has been married for 44 years to Ray, has two children - Claire, a teacher at a local school, and Ray Junior, a salesman - and six grandchildren.

She joined the Labour party in 1978 and was the union rep at Whitley Council between 1967-72. She was the GMB (hotel and catering) shop steward between 1978 and 1988. She is Chair of the Bablake Ward Labour Party, and the vice-chair of Coventry North West Labour Party.  Ann is also a member of the National Policy Forum, which gives grass root political input to shadow ministers at Westminster. She is a member of Labour Party’s ruling National Executive Committee and is National Champion for domestic violence issues.

Ann was a Coventry City Council Ward Councillor for Bablake Ward between 1995-99 and was re-elected in the Holbrook Ward in 2000.

Ann has been a Board Director for Coventry and Warwickshire Local Enterprise Partnership since May 2013 and she chairs the management committee of a local advice and counselling service and is a governor for two school in Coventry.

Ann was awarded an OBE in the Queen’s New Year Honours List this year.

Ann lists her interests as reading, politics, dancing, socialising, and eating out. She is a Coventry City Football Club fan, is a season ticket holder and has been going to Highfield Road (and now the Ricoh!) since 1962.  She has had a flying lesson, joined a white water rafting team to raise funds for cystic fibrosis and has done a parachute jump to raise funds for Baby Lifeline.