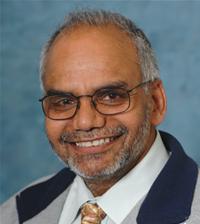 Councillor Ram Lakha was Lord Mayor of Coventry for 2005-06. He was first elected in May 1989 in Upper Stoke Ward. Then after with one years’ absence, he was elected in May 1991 to represent Binley and Willenhall Ward and has happily been serving this ward as Labour Councillor since then.

Councillor Ram Lakha has worked in various fields and was a civil servant in India for five years. Here in Coventry he has worked on the shop floor, and as part of management, for over 14 years in metal finishing and industrial painting. He has also worked in the voluntary sector, parcel delivery services, and as a shop-keeper. Councillor Lakha is now a full-time councillor.

He served on the West Midlands Fire and Civil Defence Authority for one year as representative of the council. He also served as a Non-Executive Director of Whitefriars Housing Group. He was a governor of Coventry Technical College during 1989-90 and served as a school governor of Stoke Park Secondary School for over ten years. He is currently the school governor of Willenhall Community Primary School.